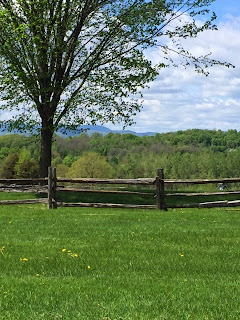 Back to the real world today, after a wonderful little getaway with my boy.  Last Wednesday, we jetted off to Burlington, Vermont.  I had been planning on participating in a half marathon in North Adams, Massachusetts with my family since January...so Blake and I decided to make a little beercation / racecation out of it!  We spent a few days in Vermont, before heading down to Mass to chill with the fam and run the Steel Rail Half Marathon.  Vermont has TONS of breweries popping up all over, so we trekked all over the state in search of the best of the best.  :-)

We checked in to the Hotel Vermont - it was SO cute! - and were welcomed with a fresh growler of Hill Farmstead's Conduct of Life.... Yummy.... 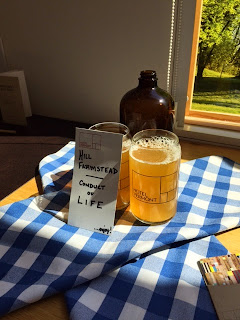 We wandered along the waterfront of Lake Champlain and took in the views, before settling in for a happy hour before dinner. 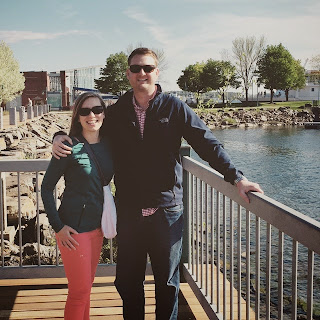 Thursday, we got up and wandered up to Greensboro, Vermont to check out Hill Farmstead.  This place was heaven to Blake!  He was so excited to be there...and of course managed to buy 6 growlers full of their tasty farmhouse ales, as well as 12 additional bottles. 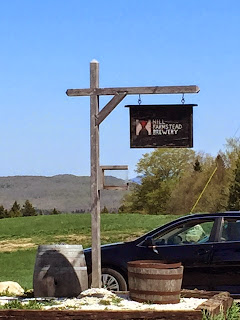 This place was beautiful...scenes in every direction.... 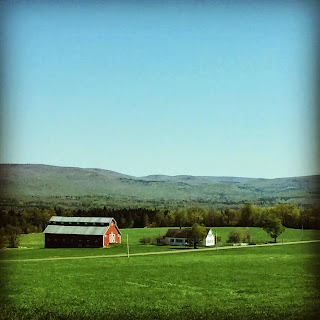 We then spent the afternoon getting down to Waterbury, VT where we stayed the next two nights.  We visited such spots as Hen of the Wood for a delicious dinner, and Prohibition Pig for all sorts of tasty Vermont beers.  We discovered a new found love of ciders here.  Citizen Cider makes a brew called The Dirty Mayor which is a cider made with ginger.  SO tasty - I made Blake buy some of those to bring home with us!  :-)

Friday, we spent the morning at the Ben and Jerry's Factory... 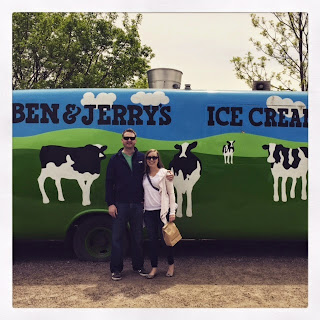 And tasting lots of cheeses.... 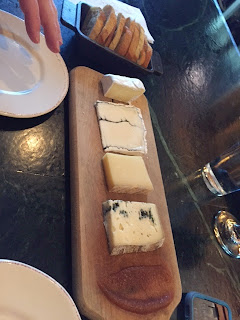 Then went down to some more little pubs in Waterbury, before calling it a night.

Saturday, we drove down to Massachusetts to meet up with the family.  My older sister and her boyfriend flew up from Atlanta to run the race with me and my little sister's husband.  Sarah and Ben had already gone into town to pick up everyone's race shirts and bib numbers.  I was tickled to learn that I was the THIRD person to register for the race when registration opened at midnight on New Years eve.  Ha! 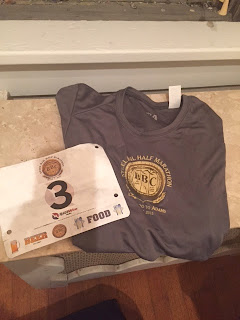 The Steel Rail half is named after Bershire Brewing Company's brew, Steel Rail Extra Pale Ale - which everyone (over the age of 21), of course receives at the finish line!  The race is only in its third year and is hosted by Berkshire Running Center.  The 13.1 course started in a mall parking lot (which was somewhat miserable on this warm day) and then hooks up at the beginning of the Ashuwillticook Rail Trail, where you run from Lanesboro, Massachusetts to the town of Adams, Massachusetts.  (You might recall I ran this trail during MCM training last year.)  It is absolutely GORGEOUS and with a limited registration of 750 participants, not crowded at all!  The race started later than I prefer at 9:30 AM.  I guess given the northern location, they do that to allow the day to warm up a bit..which was not a problem this Sunday.  By end of the race it was 80 degrees and rising! 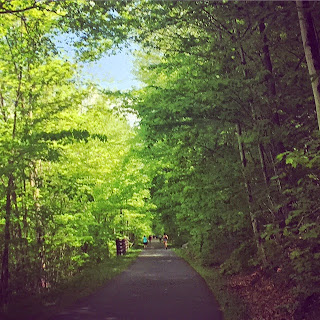 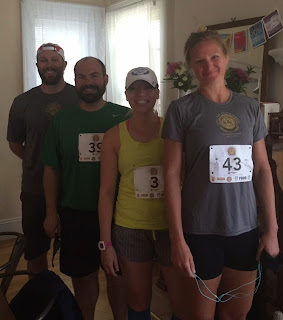 And post-race (beer in hand, obviously!!): 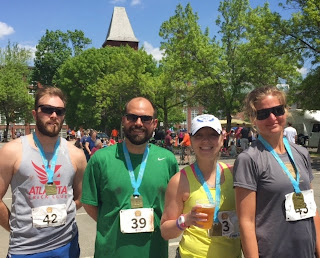 As you can tell, we had wonderful weather, too!  Though I was slow, I wasn't as slow as I predicted, given all the cheese, beer and ice cream in my belly.  2:40 was my final time...and that was with quite a bit of walking.  Those first 2 miles around the mall in the heat were treacherous.  But there were some nice breezes while running along the lake, and through the forests.

And a really pretty medal, too!  (It's a bottle opener!) 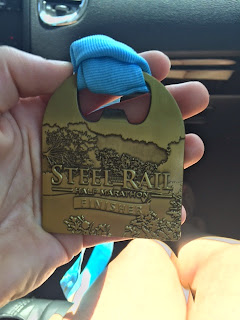 We got home (barely) last night.  I say barely because there were quite a few thunderstorms popping up and a ground stop at DCA when we were supposed to take-off.  Fortunately, 2 hours late, we managed to get off the ground and headed home.  We were tickled to see our pup and unload all the beer we had checked on the plane!! 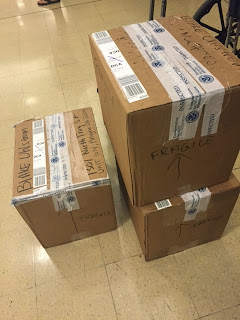 I know I still haven't updated with the GW Parkway Classic 10-Miler, and I don't know that I will.  I was slow.  It was freezing at the beginning.  And it was SUPER HILLY.

I registered today for Army Ten Miler in October.  And tomorrow I plan to register for the MCM10k.  Details on those later.

Now to focus on getting my summer body in shape and a more regular running routine now that this trip is out of the way!!  Counting down the days to my Oiselle Bird Camp in June, too!

Did anyone else race this weekend?  Visit any new spots?  Let me know!!